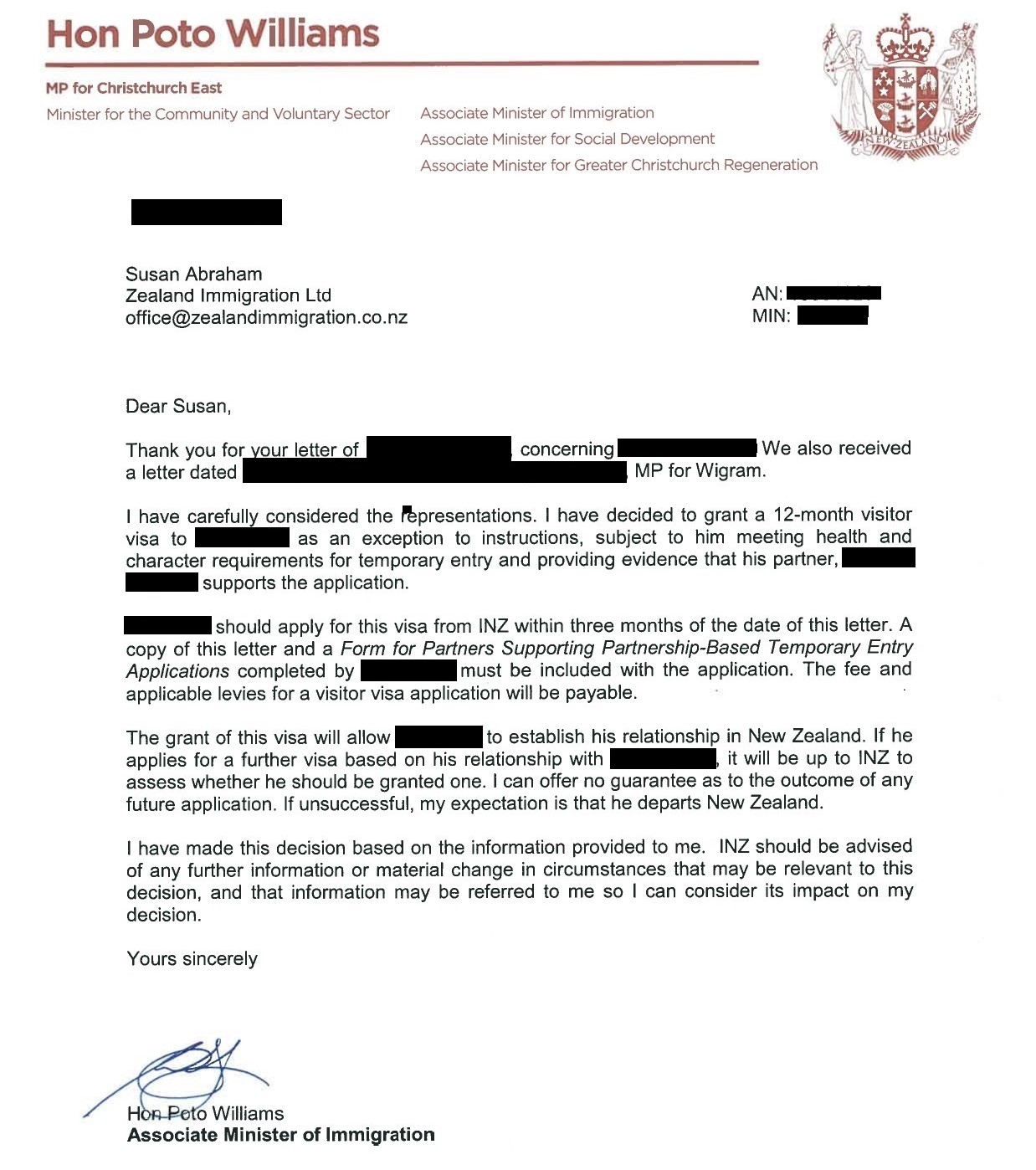 We have successfully requested the intervention of the Minister in one of our cases. Immigration New Zealand unfairly declined the client’s application for a visitor visa as a partner of a New Zealand resident.

It is important to mention here, that the couple has known each other since early childhood and they have grown up with the intention of being married and they stayed committed to their decision until their maturity. Even though the supporting partner moved to New Zealand with her family and the client stayed in Afghanistan, the couple still considered themselves as their prospective partners. They communicated on a regular basis and they decided to start their life together in 2017 when they got married back in Afghanistan.

The first time, INZ declined the client’s visitor visa based on insufficient evidence to prove the relationship since they have lived together only for 2 months. As a couple who have longed to be together for many years, the supporting partner decided to go back to live with his partner for almost 7 months to prove to INZ that they are living in a genuine and stable relationship. During that time the partner got pregnant and decided to come back to New Zealand to get better maternity care and bring her child to safety place.

The couple provided numerous pieces of evidence to support their relationship, however, INZ declined his visa application again based on insufficient evidence to prove the relationship. The Afghan culture is very different from western culture. Men carry the economic burden of the family and often have to single-handedly support the entire household. Therefore, it is even harder to provide some types of documents requested by INZ, such as joint accounts.

We knew that there is just one way to get the client to New Zealand and reunite with his pregnant wife and we decided to request an Intervention from Minister. We believed that the client is meeting all of the criteria to be granted a visitor visa, but due to a lack of proper consideration and acknowledgment of the different cultural norms and values by INZ, he was facing the possibility of separation from his wife and child.

We provided a detailed explanation of their relationship, explaining the cultural differences. The Minister carefully considered our representation and decided to grant a 12-month visitor visa as an exception to instructions.