A desirable outcome for an IPT Appeal - Retail Manager Role 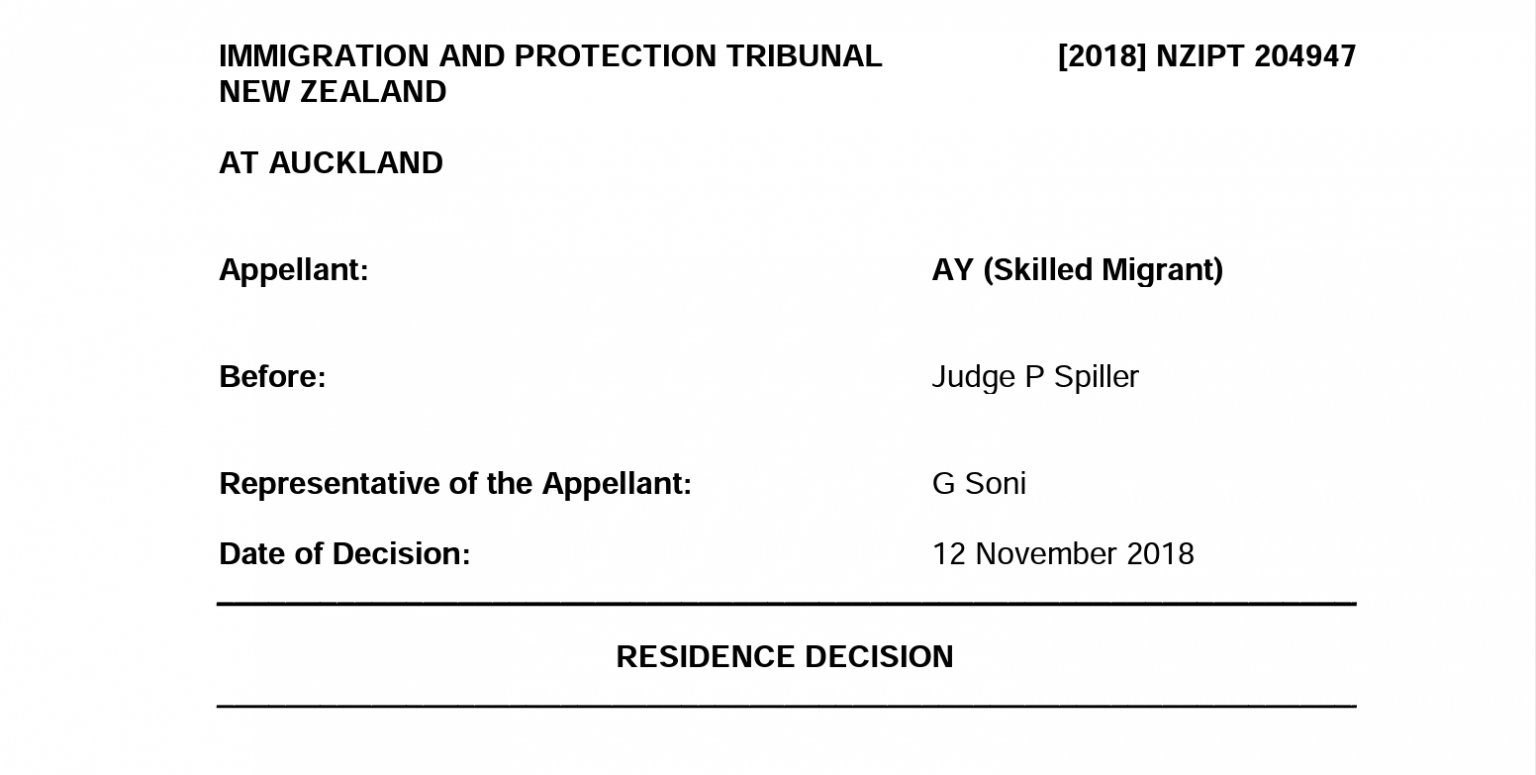 Another great success of our team of Licensed Immigration Advisers here in Zealand Immigration. We have just received a successful decision on an IPT appeal for one of our clients.

The client applied for a residence visa under the Skilled Migrant Category, which also includes his partner, but INZ declined his application because it was not satisfied that his employment as a store manager at a superette substantially matched the ANZCO description and core tasks of a Retail Manager. The client provided an extensive bundle of documents describing his performance of the core tasks of Retail Manager. INZ addressed the eight ANZSCO core tasks related to Retail Manager, finding that the evidence indicated the client performed just five tasks. As a result, it was not satisfied that the client organised and controlled the operations of the store since he spent a substantial portion of his time working alone, which did not allow him to perform “managerial tasks substantially”.

The Tribunal founds several errors with INZ’s assessment – INZ used an incorrect measure of performance, failed to consider relevant information provided by the client, failed to put its concern to the client, and failed to provide him the opportunity to respond, all of which are breaches of immigration instructions – in doing so, it breached its obligations to assess the application fairly.

The Tribunal acknowledged that the fact a store manager spends much of their time in a store is likely to be a relevant consideration in the assessment of their employment, but it will not always be determinative about whether the person performs the relevant tasks or whether they organize and control the operations of the establishment. Beyond noting that the client spent the majority of his time in the store alone, INZ did not conduct an assessment of whether the relevant tasks comprised most of the client’s role, nor did it consider the employer’s limited role in the store and how that impacted on the client’s ability to organize and control the establishment.

For the reasons set out above, the Tribunal found that INZ’s assessment was not fairly conducted because it did not give the application proper consideration, failed to take into account relevant information, and failed to put its concern to the client and provide him the opportunity to respond. The decision was not correct and was returned to INZ for a new assessment.