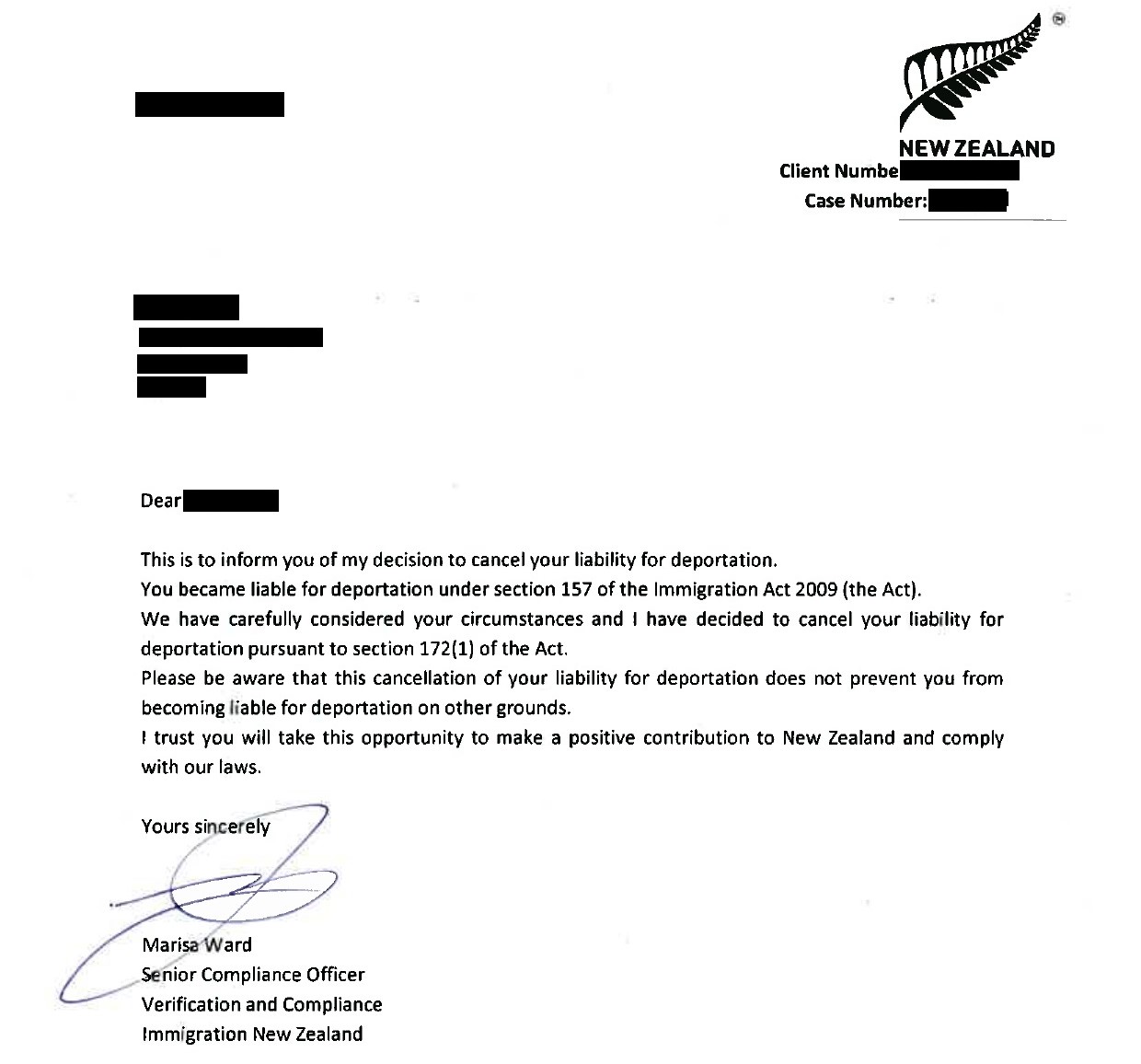 We successfully manage to cancel the liability for deportation for one of our clients and his family and allow them to make a positive contribution to New Zealand and comply with NZ laws. The client was being made liable for deportation as a result of two minor convictions for refusing to accompany a police officer to another place for a blood test and refusing to undergo a blood test. We believed that there were compelling reasons to justify the cancellation of his deportation liability notice and therefore we decided to argue his case.

On that day the client had donated blood in the morning and had a couple of drinks later in the evening, which caused higher intoxication due to the reduced proportion of blood. He was not driving though; he just fell asleep in his car with the engine on to generate some heat due to the cold evening that day. However, police came knocking on his car window noticing him asleep, and asked him to do a breath test and blood test, what he refused since he got scared because he knew that he had donated blood earlier that day and so his blood alcohol level would be disproportionally higher than usual.

His driver’s license was confiscated on the spot for 28 days. Even the court judge understood his situation and decided not to impose any further penalties other than a simple fine, which was paid promptly, but INZ issued a deportation liability notice.

We argued the case with all the evidence showing that it was just a one-off mistake, a relatively minor incident since he was not operating the vehicle. The client is completely settled in New Zealand with his family – all of their assets, kids are growing here from a young age. He has a clean slate, and he remains to be of good character and a contributing member of society.

We were extremely happy when we received a cancellation of his liability for deportation which made us even more confident with our work, that we are always fighting the best way for our client.