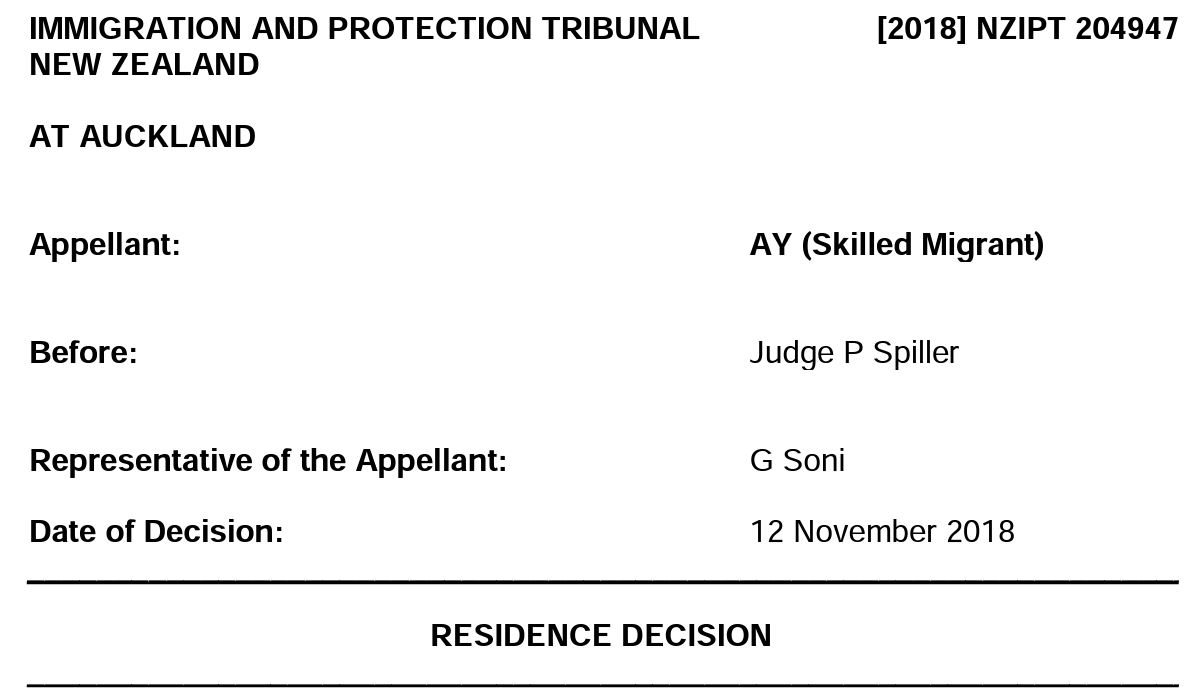 Immigration New Zealand declined the client’s residence application because it found that her employment as an accountant did not substantially match the ANZSCO description and without points for skilled employment, the client was not meeting the lowest selection criteria during the currency of her Expression of Interest.

INZ raised concerns with the presence of an external chartered accountant performing a substantive amount of the work of the business, where it appeared that the client’s role was mainly administrative, and did not match the occupation of an accountant. INZ was not satisfied that the client performed 3 out of 11 tasks, where 2 of those tasks were not directly relevant to the occupation of an Accountant.

We provided our representation and further evidence claiming that INZ incorrectly and unfairly assessed the client’s skilled employment, the decision was based almost wholly on an assumption about how often and for what purpose the employer engaged the service of the external chartered accountant, and incorrectly characterized the client’s work as administrative.

The Tribunal found that INZ placed inappropriate negative weight on the role of an external chartered accountant in the firm where the client worked and made a finding as to the administrative component of her work that contradicted the evidence produced by the client. The Tribunal found that the decision to decline was not correct and returned the application to INZ for a correct assessment.